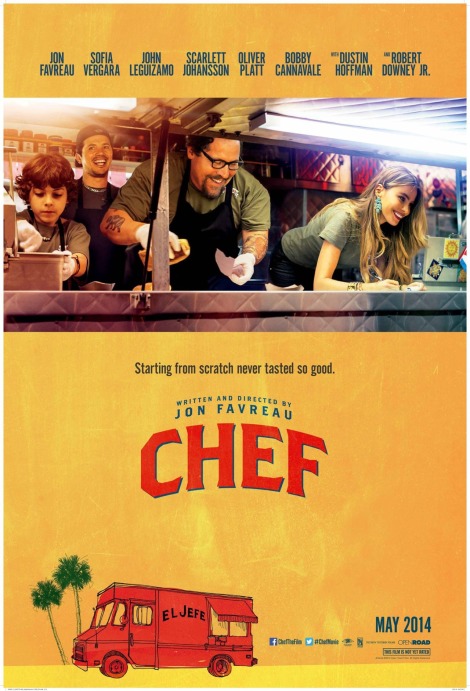 A chef who loses his restaurant job starts up a food truck in an effort to reclaim his creative promise, while piecing back together his estranged family.

6/10 – A fairly funny, back to basics film for Jon Favreau. There’s not really much to it. It is essentially him cooking, discovering social media and making some delicious toasties. He ‘finds himself’ too, it’s all very clichéd but it’s not offensively so. It really excels in the first part of the film, it comes across as quite original and witty, but it loses it’s way when it descends into the predictable and ‘feel good’ story-line. Overall, it’s a film worth watching, just as long as you don’t expect much.