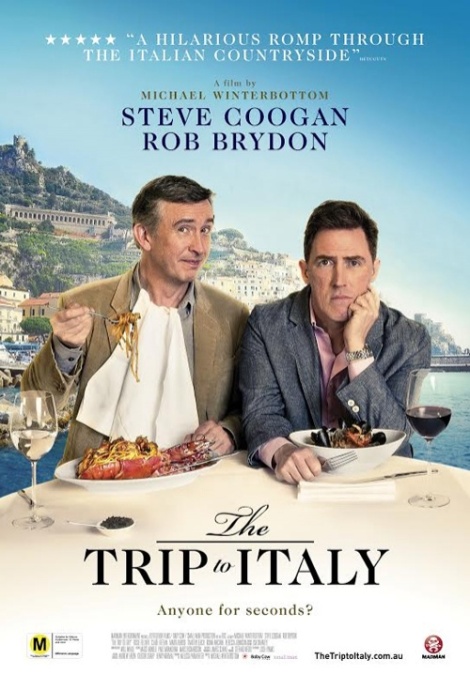 8/10 – First film I’ve been to see at the Sundance Festival in London, and I was not disappointed. I deliberately avoided the TV series that has been showing on BBC over the past few weeks, to keep the condensed film version of the series a complete surprise. As was the case with the first one, I am sure that there are certain moments were cut that were comedic gold, but nevertheless the film lived up to expectations.

Interesting character shift for Brydon and Coogan when compared to the last one, it felt like Brydon carried the film with his irritating behaviour as Steve was more subdued trying to pass off this subdued ‘changed man’ persona. It had the usual impressions, ramblings, subtle jibes that we come to expect from The Trip. It felt like a lot of repetition, but for some reason it doesn’t get tiresome. The more they do the impressions and the digs at each other, even if they are the same ones, they get funnier. In a interview with Rob Brydon he said that was deliberate, it’s just what you do when you go on holiday with mates. Same chat, different place.

I can’t wait to watch the series now to see what they cut out. Good film.