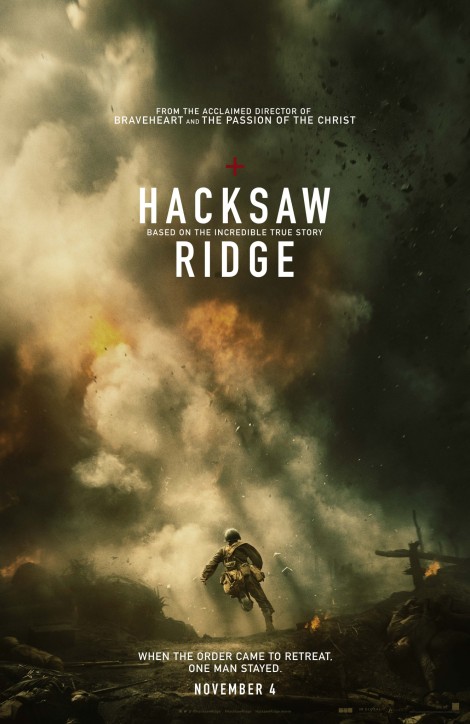 WWII American Army Medic Desmond T. Doss, who served during the Battle of Okinawa, refuses to kill people, and becomes the first man in American history to receive the Medal of Honor without firing a shot.

8/10 – It’s an intense film of two halves, first showing Andrew Garfield’s portrayal of Doss wrestling with his conscience, followed by some of the most brutal war scenes I’ve witnessed on screen. At times it felt a little too polished, and clearly Mel Gibson has picked a story that somewhat makes up for his previous shortcomings, but it’s well acted, an incredible true story and it surpassed all expectations for me.

I had a vested interest given the topic of conscientious objectors and their imprisonment in WW1 and WW2 was what I wrote my dissertation on at University, I wasn’t watching this for historical accuracy though, but it’s an utterly fascinating topic that really captures your attention. It may come across as an unbelievable tale, seem embellished, but maybe that’s the point – to lift up this tale to the heights it deserves, despite the person’s relatively humble and understated association to the cause. Well worth a watch.