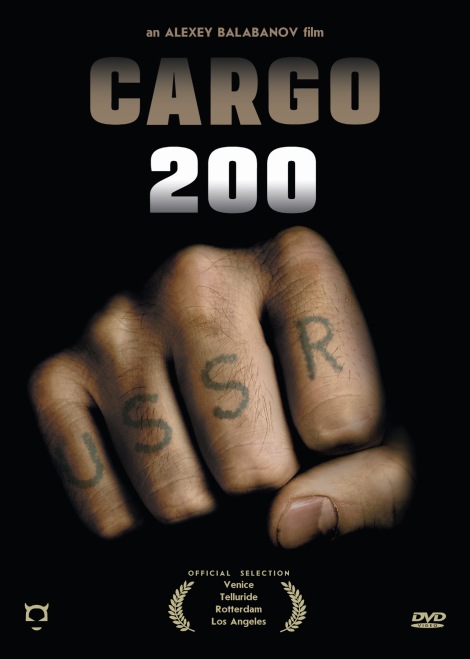 Cargo 200 is not for the faint-hearted. A combination of various sordid acts of degradation and desperation taking place within a Soviet Union nearing the end of its lifespan, results in an ever-present, unparalleled bleakness as we witness the crumbling of society itself and those within it.

Focussing on a group of somewhat connected individuals rather than a select one or two, Cargo 200 manages to cover significant ground early on to make the landslide of unwanted sadness all the more shocking. Angelika (Agniya Kuznetsova) meets Valera (Leonid Bichevin), the fiancé of Liza, who is the niece of Artem (Leonid Gromov), brother of a communist general, and a professor at the nearby University. A series of unfortunate events leads each of their paths to cross, not simultaneously, but all at the same small isolated house that sells moonshine ran by Alexi (Aleksei Serebryakov) and his wife, Tonya (Natalya Akimova).

It’s clever storytelling, and a captures the coincidences of living within a small area, but once the pieces begin to fall into place, the story unravels at an alarming pace with those involved unable to stop it. The catalyst in all of this is the eerie looming presence of Zhurov (Aleksei Poluyan), a man responsible for some, if not all of the most reprehensible actions in this film. These acts are carried out with such distressing conviction that depending on what he’s doing, it’s either a case of nauseating shock, or the darkest comedic moments I’ve witnessed on-screen.

The film received severely mixed reviews, namely due to the honest and stark portrayal of the events on-screen, but this unflinching representation of cruelty seems necessary to convey the message sought by the infamous directorial mind of Aleksei Balabanov. Unlike other more glamourised and gratuitous depictions of metaphorical destruction of various countries (I’m looking at you, A Serbian Film, you piece of shit), Cargo 200 conveys this theme while remaining cinematically minimalist, rich in precise dialogue and filled with worthy performances.

Reoccurring themes of loyalty, power and corruption are underpinned by a running ideological conflict of the existence of God, challenged further by the apparent lack of hope and judgement for our characters. In the end, for those who make it, some seek redemption in one form or another. Others are either too broken, or completely oblivious to the prior events, and we are left to bask in the collective unfairness of life.

Cargo 200 defies genre boundaries, and subsequently makes for a vile yet powerful film. It is not a horror film, but it is frustratingly, and overwhelmingly horrifying.