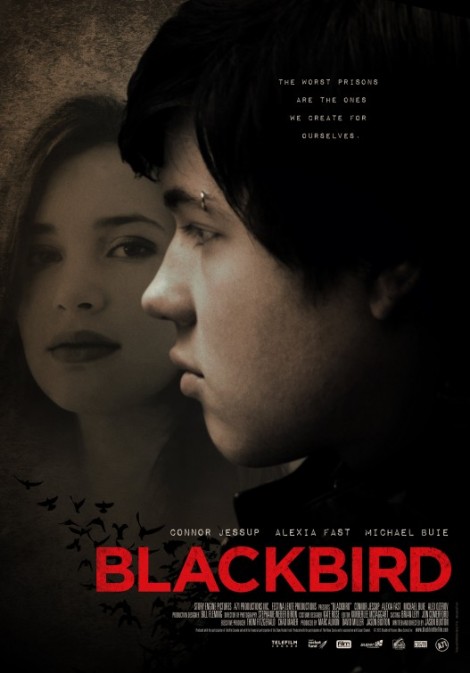 The debut feature film from Jason Buxton, “Blackbird” (not to be confused with the film of the same name released earlier this year), is a real indie treat. Understated, packed with raw unfamiliar talent, and a relatable storyline, it’s a film that deserves your attention.

It follows reclusive goth teen Sean Randall played by the excellent Connor Jessup, as he struggles to deal with the usual conflicts of being a teenager while managing the disappointment of no longer seeing half of his family. Living with only his Dad (Michael Buie), the family environment is as cold as the weather around them, and their family dynamic as desolate as the surrounding countryside. Goth styled music drones on in the background, as he strops about in his leather jacket, complete with black eye-liner and piercings. The look, although bordering on parody, is effective, as his dark presence is felt in otherwise brightly lit scenes. 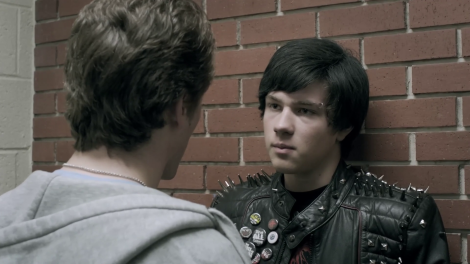 The typical high-school affair is presented to us, with the rival social groups and the hierarchy that seemingly exists solely to ruin the lives of those below them. Sean doesn’t seem to fit into any group except for his own, but as is often the case as a teenager; his crush is none other than the best looking girl in school and the girlfriend of a moron jock. Assuming their relationship is nothing more than a societal statement designed to heighten popularity to an unattainable level, he pursues this girl in a bid to win her away from his high school enemies.

The scene is set, and you could argue it is a relatively normal and low-key affair so far, that is until the police storm his house and arrest Sean for conspiracy to commit a columbine styled high-school massacre. For all the while he had been feeling rejected, outcast, annoyed and confused, he had been channelling his feelings of teenage angst into a journal and blog, in which he went into grim detail as to what he would do and to whom. 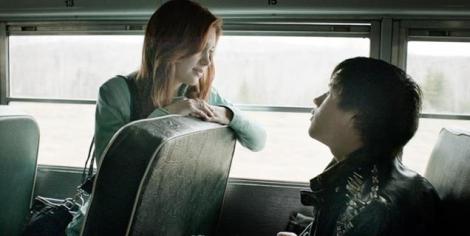 Documentaries such as “The House I Live In”, “Central Park Five” and scarily relevant “West of Memphis”, to name a few, all show how convoluted, complicated and unfair the US judicial system is even without a guilty verdict or evidence. Imprisoned for a conspiracy, pleading guilty for an idea and sentences that do not reflect the crime; Blackbird dramatizes these realities but centres on the notion of social profiling. However, these factors are really secondary in nature when ranked alongside Sean’s other experiences as a teenager.

Misunderstood by those on the outside, hated by those on the inside, through a combination of personal issues and the inclusion of online activity, Sean has cultivated an isolated life on both sides of the wall. It raises serious questions at the effects of bullying, the high-school social hierarchy and emphasises how still after all these years you can still be picked on for being different. How much of it is just “kids being kids”, and how many of these type of scenarios will it take before this is taken more seriously? While the links from bullying and shootings are largely debated, you can’t deny that the relationship is highly plausible. 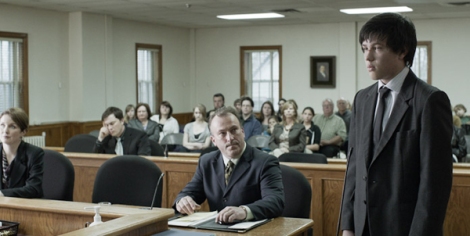 This subject matter is an interesting one, but that alone cannot make a good film. Jason Buxton has done a fantastic job in getting the best out of the young cast with a limited script, the cinematography contributes a great deal in conveying the lonely atmosphere, and there is a great deal of intriguing character development. However, the key strength in all this is its plausibility, and subtlety when executed. .

Blackbird takes the social interactions of a troubled youth and demonstrates the harsh reality of choosing to vent in a way deemed threatening by the law. These troubles follow him at home, at school, around town and in jail, ultimately leading to a life of isolation.  The topic of high school massacres are usually met with arguments about gun control or hatred towards the culprit, but to assess a period of time when one is stopped, take a step back and to truly assess the psychological toll it might have on an already outcast teen takes real skill.  Avoiding the politics and sensationalism associated with this topic was key, and consequently we are left with a realistic, relatable yet empathetic drama.