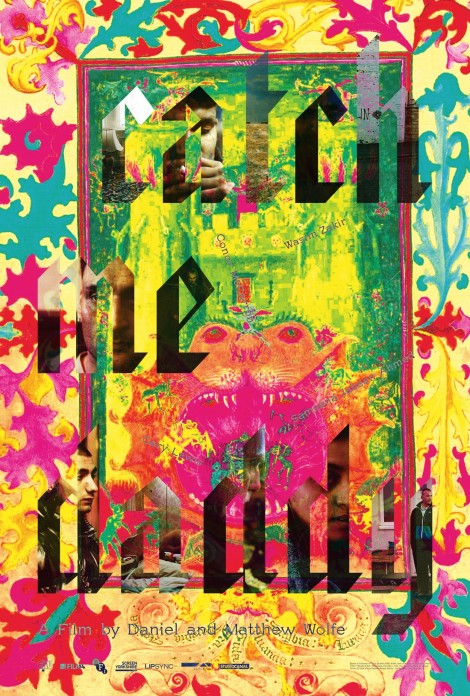 A directorial début by Daniel Wolfe, written alongside his brother Matthew, Catch Me Daddy follows Laila (Sameena Jabeen Ahmed), a Pakistani girl who leads a simple life with her white Scottish boyfriend, Aaron (Connor McCarron). Brooding in the background of this existence is something much darker, as what appears to be family and a couple of goons you’d do well to avoid are out to get them. A plastic sheet is laid down to line the boot of one of their cars, the implication is clear of what is to come, and now it’s only a matter of when. For some this chase is about the cash incentive put in front of them, for others it is simply about pride and honour. Nobody rests until the job is done.

This sense of initial unease is juxtaposed by the blissful, codeine influenced happiness that Laila and Connor have. Dancing about in their caravan high on all sorts, slurping milkshakes and making what joy they can from the little money they have, like any good thriller the scene has been set for it to completely turn on its head. From here it’s fast paced and disorientating, using the dark Yorkshire Moors to create a complete sense of unknowing and unpredictability.

Complimented by the excellent score, it was the cinematography from Robbie Ryan that spearheaded the beauty of this film. From the opening frame to the closing image, it was simply entrancing to watch. Long shots of the rolling fog over the Yorkshire Moors contrasted in a following scene with the pumping gurny club music in the town centre and bright lights of the cars, alongside close-up shots of seemingly uninteresting things made interesting like a pot of nail polish tipping over. It was immensely efficient at capturing a very surreal experience and making it appear natural, providing beauty where there should be none, and you only have to look at his other work to realise what a talent he is.

Sameena Jabeen Ahmed gives an effortlessly natural performance as Laila, an engaging free spirit in the opening scenes but ends up completely disconnected with the events that transpire. Elsewhere, the supporting cast follow the same line of naturalism and raw talent, plucked from pubs and seen in clips online rather than acting schools, it adds volumes to the films authenticity.

Catch Me Daddy loses some of its momentum in the middle, but it doesn’t take long before you are thrust back into the intense unknown. It steers clear from making any strong political or religious judgement on the individuals involved, and rather presents it as a sequence of events for you to inject your own feelings into. This is carried right until the final scene, in an ending that will surely divide opinion, but should leave you absolutely speechless.

This film is not for everyone, but then no film is. If you like your thrillers to be realistic and beautiful, then look no further than Catch Me Daddy. It’s an unsettling work of art.