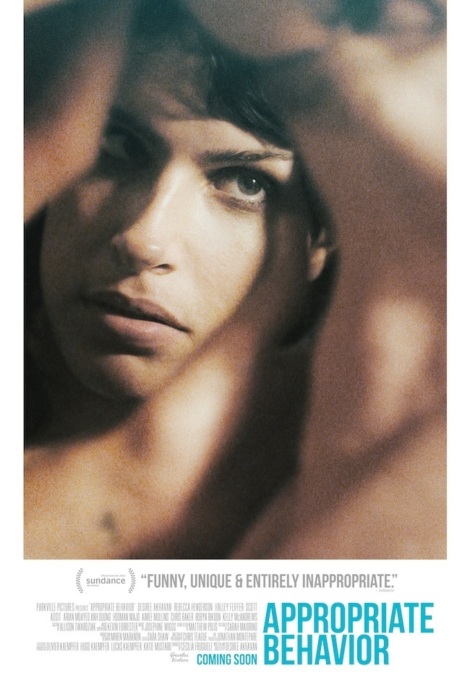 Shirin is struggling to become an ideal Persian daughter, politically correct bisexual and hip young Brooklynite but fails miserably in her attempt at all identities. Being without a cliché to hold onto can be a lonely experience.

A self-depreciating relationship drama set to tick the boxes of the many Brooklyn Hipster comedies, the film is an intriguing debut. Lead, Writer and Director Desiree Akhavan stars as an Iranian bisexual, Shirin, seething from a break-up with her girlfriend Maxine (Rebecca Henderson). Conflicted about the past, unable to talk about the present with her traditional Iranian parents, she is left with only her friend to assist with getting over the break-up.

The series of monotone, mumbling, narcissistic scenes focused on Shirin and her sheer awkwardness, are interjected with moments of candid honesty and a refreshing outlook on Shirin’s attempt at a new life. From underwear shopping, to dating, sex life, getting a new job and the standard competitive one way rivalry with the ex, all come together to make some truly funny scenes. Instead of opting for the outrageous and lurid cheap laughs, it moves more along the lines of the humour found in Obvious Child and is widely referenced as a comparison to Girls (can’t comment on ‘Girls’, as I don’t watch it.). Human, deadpan, honest and believable scenarios that although may seem a little ridiculous, when depicted as they are in ‘Appropriate Behaviour’, they appear to be convincing.

For all it’s comedic plus points, it does remain relatively bland throughout, and for all the potential conflict of a break-up along with the clash of traditionalism meets modern sexuality, very little is actually explored to it’s fullest potential. It chops and changes between past and present, as we witness the chaotic attempt to piece her life back together combined with the inevitable downfall of the relationship – it all makes for rather familiar but somewhat disorientating viewing. However, perhaps that was the point. To create something seemingly normal, to not delve to deep into any particular topic and ultimately portray an individual living in New York. Just that. Nothing more. The things that happen – it’s just life.

There is enough in this film to showcase the talents of those involved, and I will keep an eye on what Desiree chooses to do next.  The moments of quick wit and crudely frank humour elevate this film to be much more than your standard, drab break-up movie. It was largely a fun movie to watch, but it was a little too focused on the mundane and the negative for it to hold my interest. The chronology of the film restricted how invested you could be come in it all, knowing the eventual outcome only made the flashbacks scenes seem wasteful. Personally, I would have liked a tighter focus on the family, the new job and the present day dating game which would have provided more of the excellent comedic moments that were on offer, and less of a focus on an angsty Brooklynite complaining about the past.

No doubt it will see success in the cinema, but it was a tad too inconsistent for me.