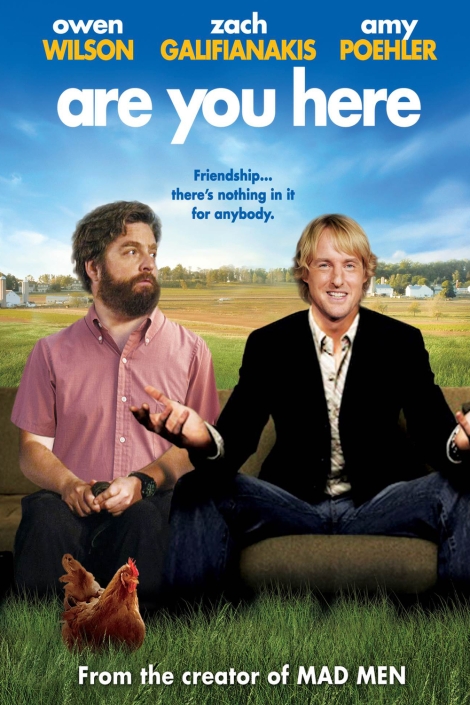 Two childhood best friends embark on a road trip back to their hometown after one of them learns he has inherited a large sum of money from his recently deceased estranged father.

This was a comedy film that had largely escaped me. I had seen it advertised online a few times, but I don’t believe it had much in the way of promotion and I can sort of see why. It’s very easy to slag off a film so I will try and restrain myself, but despite its new release on Amazon Prime and the Mad Men credit, I would advise not to watch this film.

This sub-standard stoner buddy comedy doesn’t quite find it’s footing. On paper it sounds like it would at least be the slightest bit interesting, but it teeters between emotional drama and comedy as Zach Galifianakis’s character struggles to cope with his fathers death and discovery of his ongoing bipolar disorder. It sounds hilarious already, doesn’t it? The depressing storyline offers little to work with, it is a complete mess and it brings absolutely nothing new to the table. Every attempted joke lands flat, it is hard to tell if they are even jokes at times and it is films like this that make me question whether I should review every film I watch – or just the good ones.

I know what you’re thinking though, how can this cast miss the mark so badly? I am unsure too. It falls down largely to the script, but a certain aspect of this has to go to the casting – if you’re going to typecast someone, at least make sure they fulfil that role properly. Galifianakis is fat, high and whines a lot. He has shed all the fun loving aspects we knew him for in The Hangover films. Owen Wilson just mumbles his way through every scene, he may have actually been high for the most part of it. He seemed less interested in it than I did. Finally, Amy Poehler isn’t in it enough, although having said that, she was cast in a role completely the opposite of what she suits – she was a bitchy, nagging older sister with no comedic element to her whatsoever.

This film was wrong on so many levels. It lacks a coherent plot, any type of meaning and any type of comedy. It quite simply was not funny, at all, and if you are going to rent a film on Amazon you could pick almost any other film and it would be better than this.