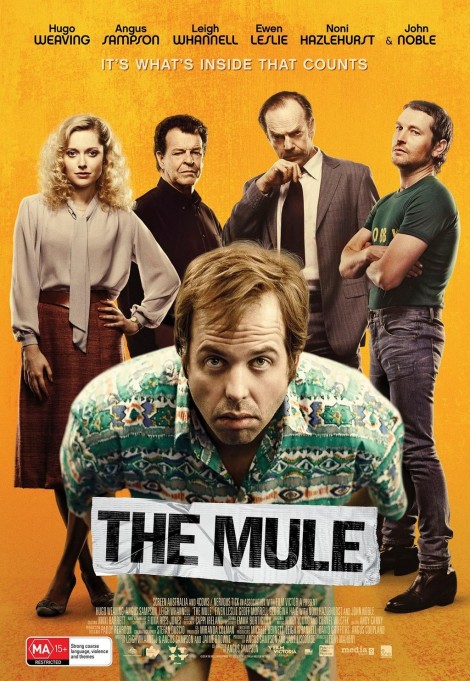 A first time drug mule is caught by law enforcement.

7/10 – To elaborate on the laughably short IMDB synopsis, this is a story about a simple minded first time drug mule played by the brilliant Angus Sampson, who manages to get on the wrong side of customs as part of a routine drug check. What follows, is roughly 90 minutes of his character, Ray Jenkins, trying to not poo in order to expose the drugs he has stashed in his stomach.

To some, that story might seem on the same wavelength as any of the terrible Human Centipede movies. A film about bodily functions is never going to excite audiences, but this film deserves a lot of credit for elevating something so simple, into a dark and clever film that ended up combining aspects of both a thriller and a comedy. It’s a combination you don’t usually intentionally get – you might get a thriller that is so bad it’s funny, but in this film you feel trapped, unnerved, disgusted and yet overall you still find yourself chuckling away at someone refusing to take a dump.

Unlike the hotel room where most of the film takes place, this was a breath of fresh air, both in it’s originality and creativity. Backed by a great cast, and a clever script, this film also had the courage (or the foresight) to avoid a main cinema release and after a slew of festival runs ended up releasing it on iTunes back in November. It rocketed up the charts and has done quite well for itself. It’s definitely worth a watch, perhaps leave it a few hours after your dinner though.