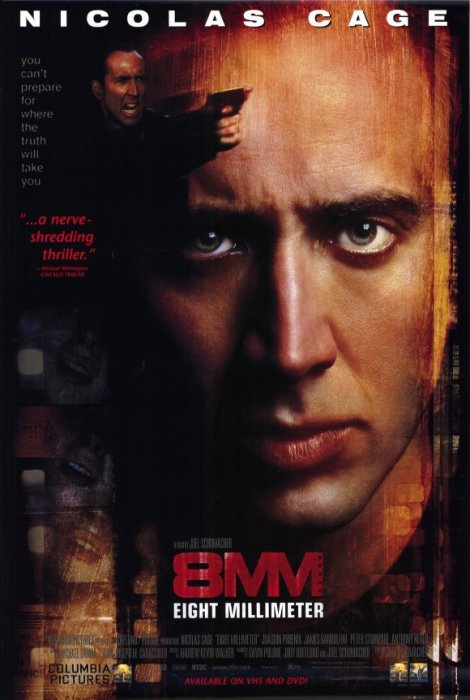 A private investigator is hired to discover if a “snuff film” is authentic or not.

4/10 – I love when a description is so on point, it almost makes it seem like a joke. At nearly 2 hours long, this was Andrew Kevin Walker’s film released a few years after the excellent Se7en, only that it’s not nearly as entertaining. It’s good to see Nicholas Cage in a serious and slightly believable role, but the film does him no favours. It drags on and on, and eventually condenses the most interesting film into 6 or 7 short segments back to back where as one of my friends described it, “everything and nothing happened”. Not worth the end result.