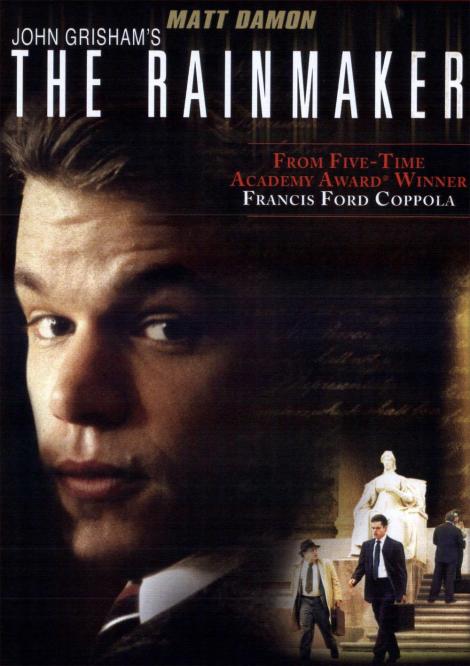 An idealistic young lawyer and his cynical partner take on a powerful law firm representing a corrupt insurance company.

6/10 – I don’t know who John Grisham is, so I can’t comment on if it was a good adaptation of the book or not. It stars Matt Damon in one of his first roles, a barely recognisable Mickey Rourke, Clare Danes perfecting her Homeland quivering lip and Danny Devito who played his usual role. It was predictable, but entertaining. As far as legal dramas go, there are better ones out there (Lincoln Lawyer, Michael Clayton, Primal Fear etc – and they’re only the ones I’ve seen, I’m sure there are lots of others), but if you’re stuck for something to watch on Netflix, you can do a lot worse.