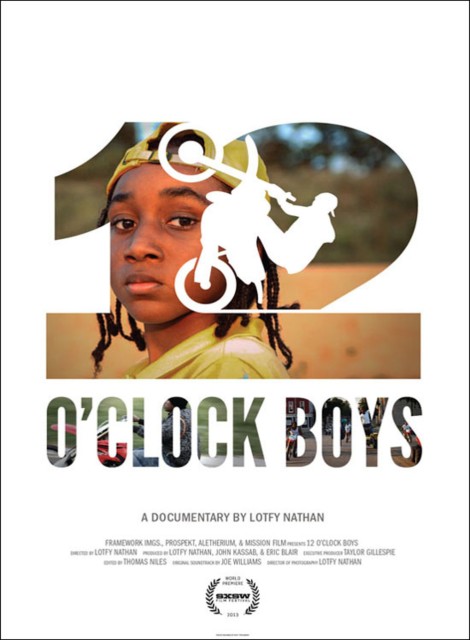 Pug, a young boy growing up on a combative West Baltimore block, finds solace in a group of illegal dirt bike riders known as The 12 O’Clock Boys.

7/10 – A unique documentary and rare insight into this subculture, but it feels slightly incomplete despite it’s many plus points. It never really delves beyond the surface, it doesn’t pick any sides in terms of being right or wrong, and doesn’t offer much in the way of a wider portrait of Baltimore as a whole. However, I suppose that is part of it’s appeal. It’s excellently shot, well edited, some of the stunts these guys pull are insane, and that all plays into it’s favour. It offers a unique perspective through the eyes of ‘Pug’ and is quite content with just ‘existing’. The motivation behind this documentary I think is not to argue a particular point of right or wrong, but to purely give exposure to this subculture from their point of view rather than the one that is either uploaded by themselves on Youtube, or presented by the mainstream media.