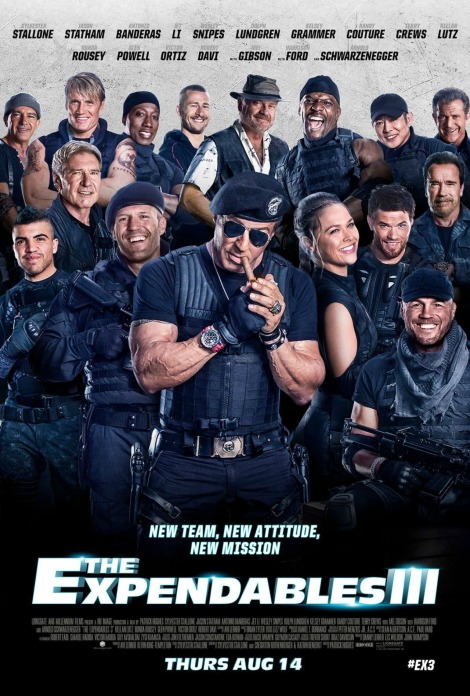 Barney augments his team with new blood for a personal battle: to take down Conrad Stonebanks, the Expendables co-founder and notorious arms trader who is hell bent on wiping out Barney and every single one of his associates.

5/10 – The first two films were a lot of fun. Lots of jokes and references to films they had done prior to the Expendables, but this one never really got off the ground. Without spoiling too much of it, the film is essentially broken into three parts. The Old Team, The New Team, and then the final scene where all hell breaks loose. The problem here is that I liked the film for the old team, writing them out and spending a large part of the film introducing the new team made the film feel watered down. Also, the watering down doesn’t just stop there. They applied for a lower film rating, so the violence is limited to explosions and punching, rather than the traditional Rambo-styled violence I knew and loved.

The final scene makes up for a lot of it’s flaws, Antonio Banderas single handedly had the films comedy elements nailed down, Kelsey Grammar injected a nice bit of understandable dialogue in-between all the grunting, and it’s still an all guns blazing fight fest that everyone expects. It’s just not as good as the others.