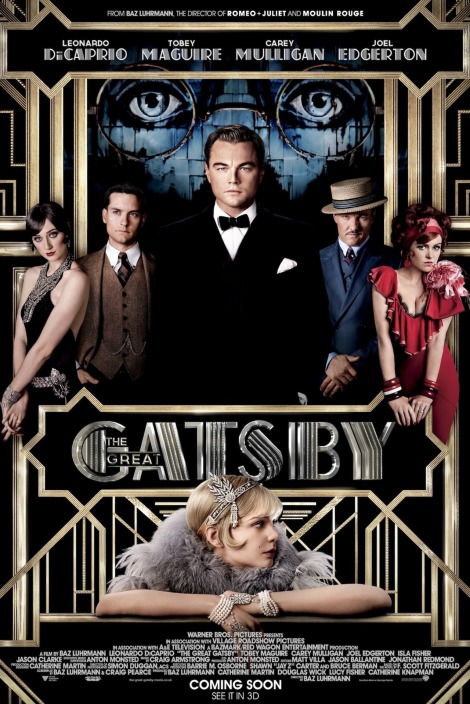 A Midwestern war veteran finds himself drawn to the past and lifestyle of his millionaire neighbor.

6/10 – Good film, but I wasn’t a fan of the soundtrack. I don’t want to hear horrible Brostep and modern music over 1920’s America. I know that there was a point to it, as Wikipedia points out, “Baz uses the movie’s music not as a background, but instead prominently in the foreground, which takes on a character of its own”, but I didn’t think it went at all. After the first 25 minutes had passed, and the modern music subsided, it was a lot more tolerable. Di Caprio was brilliant as per usual, but the whole film could have done with being toned down a little. It felt rushed, and over the top, and therefore difficult to fully enjoy.