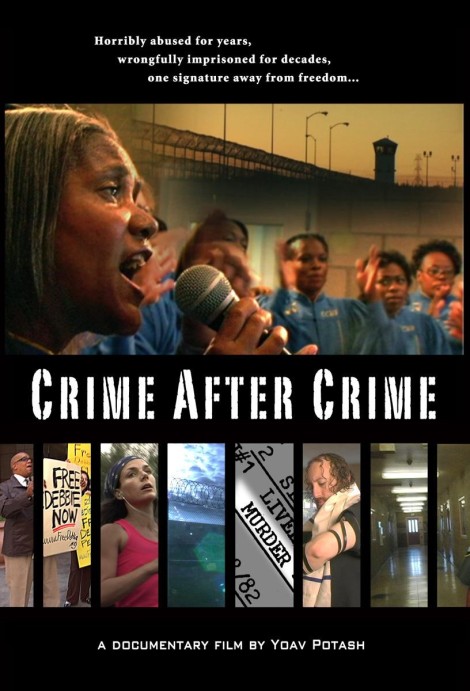 A documentary film directed by Yoav Potash about the case of Deborah Peagler, an incarcerated victim of domestic violence whose case was taken up by pro bono attorneys through The California Habeas Project.

8/10 – There is something deeply fascinating and yet horribly disturbing about wrongful imprisonment documentaries. Much like the documentaries “West of Memphis” and “The Central Park Five”, we follow the hopeful journey to freedom of the accused, constantly wondering how on earth their conviction was made in the first place. Unlike the two mentioned before, the resulting verdict for women in a similar situation to Deborah, was not all that uncommon which makes Deborahs case even more frustrating to watch when the facts are as clear as they are. The documentary, although substandard in it’s presentation style, did manage to convey the story as balanced as possible. However, it is understandably hard to present both sides, when one side doesn’t want to speak to you, wants to keep a woman in prison for defending herself and the evidence gathered clearly undermines anything they would say in their defense. This documentary, much like many others in the same vein, is much more than a political statement or an awareness for a campaign, it is a straight-forward, anger-inducing, personal tale spanning too many years.

Above all else, it is an important story that needed to be told. Highly recommended.