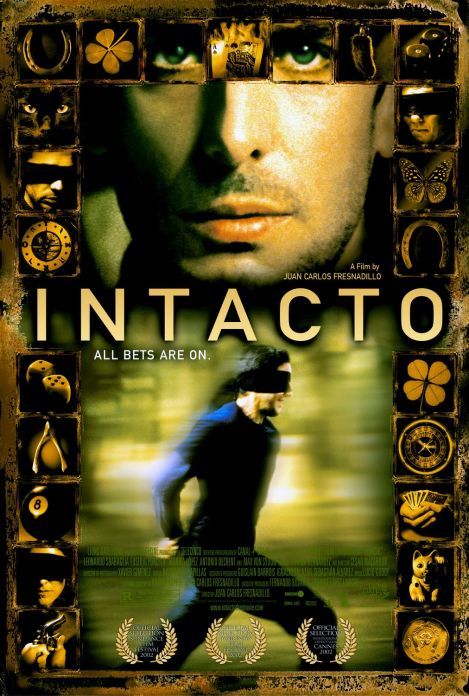 Intacto is a 2001 Spanish thriller film, it depicts an underground trade in luck, where fortune flows from those who have less to those who have more; the premise purports that luck can be amassed and transferred as any other commodity. The story follows several participants as they engage in literal games of chance, each one more risky than the last, to eliminate the unlucky.

7/10 – A dark, original concept that built slowly in an uncomfortable way. It’s one of those films that doesn’t justify the rationale behind what is happening, but instead just throws you straight into it and leaves you to enjoy the ride.
For some that would be a little annoying, and could easily be viewed as having a great concept but lacking in providing some potentially needed context. But what it lacked in that sense, it made up for with style and intrigue.